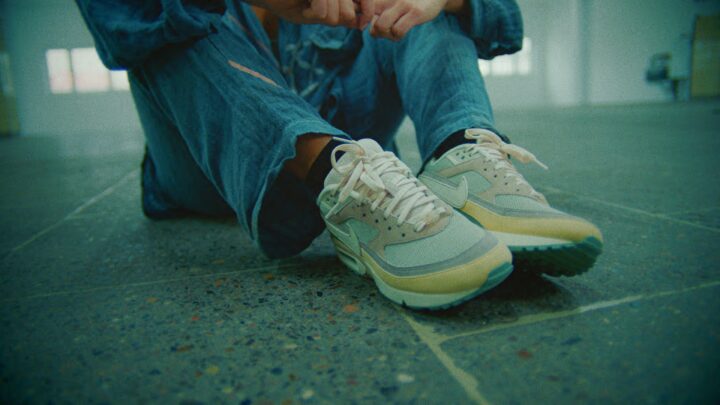 Nike has always set the cultural tone. It’s a brand with its finger on the pulse and it’s not afraid to spotlight emerging subcultures and unite diverse groups through sneakers.

So, when the renowned sneaker brand reached out to us, asking for music to accompany its three-part mini documentary series about the Nike Air Max BW model, we could hardly decline.

Aimed at highlighting the lasting footprint the shoe has had on modern culture, the documentary speaks with a number of pivotal thinkers and artists across disciplines to ask what the trainer means to them.

Naturally, they wanted us to create complementary music to elevate their work and showcase their creative prowess.

It goes without saying that given the legacy paved by Nike, the music we were tasked to create had to be iconic too.

The brief asked us to elevate the message of the documentary by musically contributing to the flashy and animated parts with tracks that capture the nostalgic sound of the 90s music subcultures.

That meant clearing the dust off of old drum computers, creating specific sound palettes and doing a ton of research.

To capture the different sounds of music subcultures, we put together a team of composers and producers, each person with a background in one of these subcultures to ensure they could translate the request into an actual, and cohesive, soundtrack.

Each of the three episodes had its own theme. Let’s take it from the end (because starting from the beginning is so overrated).

Episode three, whose shiny visuals you already spotted at the top of this page, is focused on the future and the overlap between different subcultures.

Whereas in the past, mixing and matching different styles was a no-go, today you can mix a little bit of everything and be just fine. We’re living in eclectic times, aren’t we?

The second episode talked about the impact of the Nike Air Max BW on street culture. If you want to find out how the Air Max became a must-have across Europe, this episode is definitely for you.

At the very beginning, the series kicked off with an episode that was really all about music genres. It covered the origins of gabber, grime and bubbling and showed how a sneaker can be connected to these subcultures.

You can find the episodes on the Nike SNKRS App.

Mix those nostalgic 90s tracks (made by yours truly) with the history and evolution of the Air Max BW and the result is this amazing documentary series. Creativity, fashion, music, everything coming together.

The accompanied beats move the documentary storytelling style forward and will leave you feeling inspired to dig through your cupboard for your own old pair.

Lace ‘em up and make sure you don’t miss it.

Let’s make your brand massive through the power of music and sound.