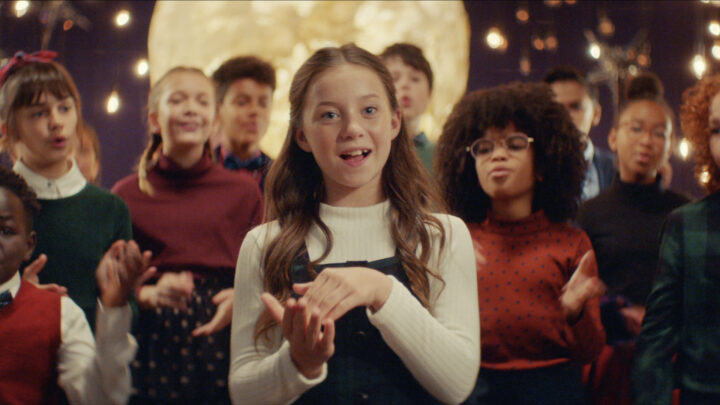 They say life without chocolate is life lacking something important. And we couldn’t agree more. After all, we’re experienced chocolatarians.

For Milka’s 2019 Christmas campaign, in collaboration with Wieden+Kennedy Amsterdam, we got our teeth into it from the concept stage, working side by side with the agency, production company and directors.

Because of the nature of the project, we got involved with scriptwriting as well, since the soundtrack had to function as the backbone of the campaign.

The brief? An emotional, impactful, empowering track to be re-recorded as a kids choir version – all features we found in the iconic ‘You’ve Got the Love’ by Candi Staton, also rerecorded by Florence + the Machine back in 2008.

The first phase had to do with the re-arrangement of the track, followed by the rehearsals, recording and on-set music direction.

The kids, all aged between 6 and 16 years old, joined us at Wisseloord Studios in Hilversum, Amsterdam. We had to make sure we didn’t translate the original song into a predictable version as we had to keep it interesting for both the 30-second and the 60-second films.

The production ended up having plenty of harmonisations and almost no instruments, which gave us lots of freedom in terms of dynamics and build-up.

Guido Blom, Senior Music Producer at MassiveMusic, explains: “The story of the commercial revolves around the song itself so, after working on the re-recording, we had to ensure the music and the movements were perfectly in sync while being four days on set with 25 kids – definitely not something you get to do every day.”

The campaign also sees the participation of the European Union of the Deaf, who acted as consultants during the creative and production process. To ensure the music in the film was accessible to the deaf community, a musical interpretation of the soundtrack using International Sign language was also produced.