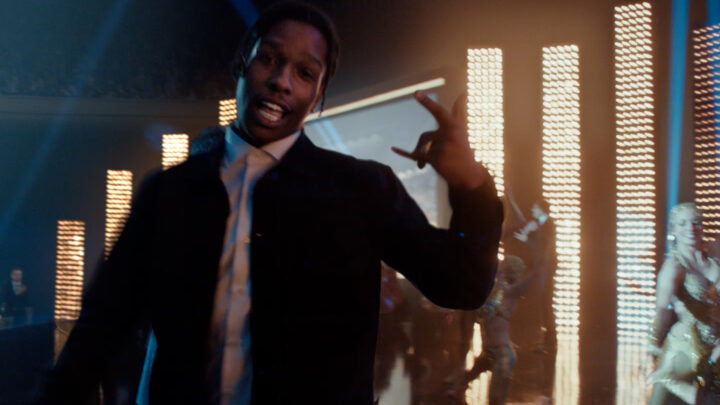 Welcome to The Golden Controller Awards – a fictional award show representing the feeling of winning in FIFA and the fame that follows. As a campaign rolled out by Xbox to promote its FIFA 17 video game for EA Sports, Wieden & Kennedy had imagined assembling the biggest names in football at an award show to pay homage to your skills as a digital player.

Hosted by rapper A$AP Rocky and with footballers Anthony Martial, Eden Hazard, James Rodriguez, Marco Reus and famed FIFA YouTubers in the room toasting your efforts as you are awarded ‘The Golden Controller’. A dream for most players.

When MassiveMusic were approached to create something celebratory and iconic to complement the scene, we jumped at the chance. And our (former) classical composer Joep Beving – whose work acts as the backbone to the sound – couldn’t help but appear in the commercial… Behind the piano, of course.

There’s no one track that works to portray FIFA 17’s new immersive value. The game has evolved to make every goal feel like an epic, world-at-your-feet kinda moment. The challenge lay in honing the sound to embody this experience, as it needed to include all sensations from the surreal to the sublime, the hysteria and the glory.

Initially, we were briefed to curate a soundtrack that could be played on-set during filming, but the production time was too short for us to be able to turn this around, so we had to pivot and explore different ideas to land on something suitable.

“We explored a lot of ideas across genres and decades, drawing on a number of references to get the exact right sound. Initially, we looked at various experimental ‘70s-funk soundtracks before brainstorming with W+K copywriter Toby Moore to co-write an ‘80s power ballad praising the film’s protagonist,” says MassiveMusic’s Executive Creative Producer Lodewijk Pöttker explaining the creative process behind choosing the music for EA’s film ‘The Fame’.

He adds: “Despite this stage and the development of the project, these ideas didn’t make the final cut – we needed to further enhance the celebration through sound. Rare Earth’s soulful track, ‘I Just Want to Celebrate’ was thrown around as an option. While it worked to a certain extent, it still didn’t reach the right blend of brass, strings and chorus that we were seeking. We knew we had aspects of the right song but needed to do something with it to jazz it up.”

In discussions with W+K Amsterdam, we revisited the idea of getting another band to cover the Rare Earth track. Their Creative Director, Craig Williams, had suggested working with Jungle By Night earlier in the process and we returned to the sound of the young, afro-funk band knowing that they could re-record the song and give it a new twist, fit for the campaign.

Made up of a nine-piece instrumental collective, the Dutch group are growing in popularity internationally, but thankfully they were totally on board once we ran the idea past them.

As they’re based in Amsterdam, it made the recording process much easier and we were able to complete it in just one day. We took to the studio – an antiquated large live room filled with vintage equipment like horns, vocals, keys and percussion – which allowed us to plough on with recording the project.