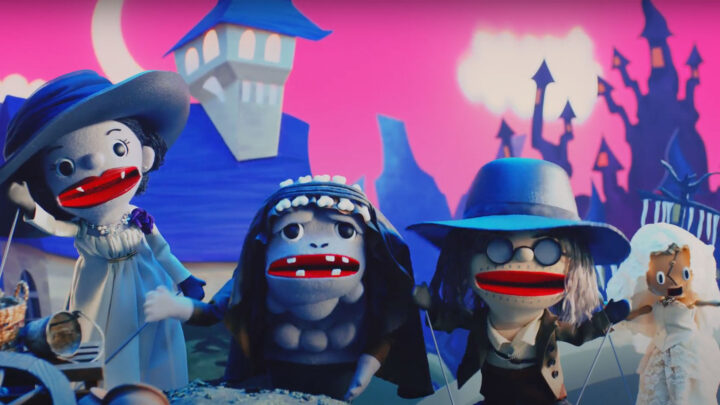 You probably know this already, at least in your subconscious – music plays such a big role when it comes to horror movies and games.

Warning: this case page is not for the faint-hearted.

Biohazard, also known as Resident Evil, is a Japanese video game series created by Capcom. Imagine biological weapons, viral incidents and survival horror. The game has become so popular that it has expanded into film series, comic books and what not.You probably know this already, at least in your subconscious – music plays such a big role when it comes to horror movies and games.

The ‘sense of horror’ between Japan and the rest of the world is quite different though. Take the famous Japanese horror movies ‘The Ring’ and ‘Ju-On’ (also known as ‘The Grudge’) – they have a completely different approach when you compare them to Hollywood horror movies. They’re more subtle, also when it comes to the music.

Last time, the audience’s feedback was that everything was actually a little too scary due to the grotesque and hyper realistic sounds.

So, for Biohazard Village, our Tokyo office had to take the opposite approach. True, Biohazard might be one of their longest running series, but this time Capcom wanted to show a different side.

We made it fun and cute with a no-strings-attached puppet show that can be enjoyed by the whole family.

The idea of the puppet show was inspired by Japanese puppet shows from the 90s. Players can easily relate to this style of music because the main target audience grew up watching these shows.

We made sure that, while this puppet show could bring a smile to your face, the lyrics would still talk about drinking the blood of a young man and smashing each other with a machine. Don’t say we didn’t warn you.

The result is far from your standard video game soundtrack, but out-of-the-box solutions are sometimes the best. We made the puppet show cute yet spooky, to allow for a good family show while still conveying the horror of the video game.

Or, like TechRadar says: “The true star of Resident Evil’s horror is its audio.” There are some iconic sound effects and music that have characterised Biohazard over the years – door slamming shut, footsteps on the stairs, undead breathing somewhere near you while lurking in the dark.

When you manage to reach a save point, you instantly know it thanks to the reassuring music playing in the background (*insert sigh of relief here*).

Finally, the coolest thing? We had the actual voice actors of the games singing in it, so players could relate to the game even more.

The biggest reward was to see the main theme song of the Biohazard Village show we created go viral on the Internet (it even trended on Twitter), with many covers posted on social media. See here and here.

Fancy a listen? Watch it above and stay away from the mould.