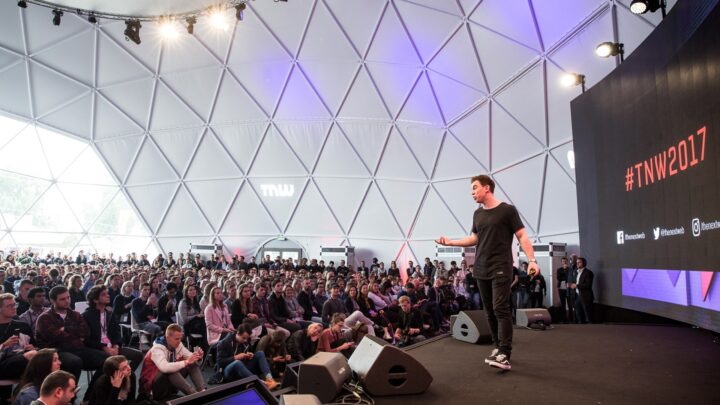 On May 19th 2017, thousands of people gathered in Amsterdam to celebrate the power of music during TNW Conference. The occasion was the Music Summit, a three-hour program with a unique combination of tech legends and music pioneers, co-organised by MassiveMusic, Spinnin’ Records and The Next Web. The result? Inspiring talks, valuable insights and even a standing ovation.

The afternoon started with Hardwell, the acclaimed Dutch DJ, producer and record label owner. He delivered a perfectly crafted presentation about growth hacking in the music industry and how it helped him propel his career forward in the digital era. The presentation was initially set on autoplay – probably because even technology goes speechless when Hardwell hits the stage. Thanks to that, we immediately found out that the one quote that inspired him since the very beginning is from Disney: “If you can dream it, you can do it” – and that’s when he had us.

Hardwell — birth name Robbert van der Corput, finished his first tour at age 14 and couldn’t get in clubs without his parents. He advised the audience to create free quality content and release it with download gates. “You only need one piece of content to break through” he said mentioning his “Show Be Love” mashup which went viral in 2009.

Collaborating with other artists, giving back to community as well as being on top of things is extremely important to Hardwell, like that time he performed at the Ziggo Dome in Amsterdam and released the live stream of his show on YouTube.

He even took his Facebook page to the next level by making use of a bot that responds in real time via Facebook Messenger. You can give it a try by clicking here and typing “nextweb”. This allows you to download his presentation and put his tips into practice. Do not try to persuade him, he won’t give you a free festival pass. Or maybe yes. If so, please let us know asap. 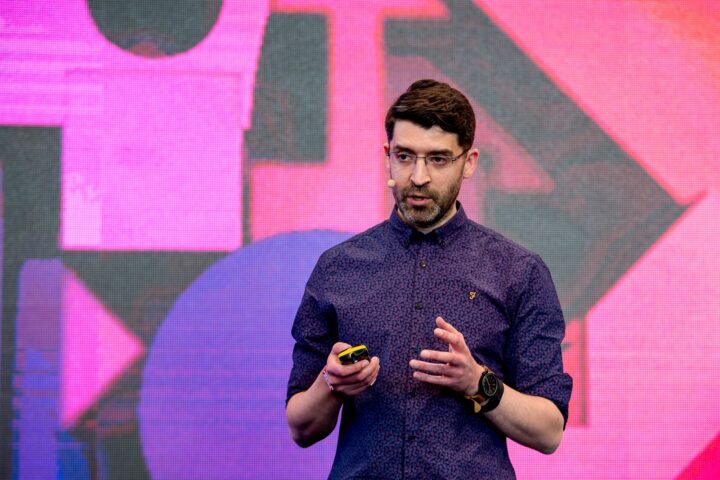 Second on stage was Henry Daw, UX / UI Sound Specialist, introduced by Jessica Perri (Head of Strategy at We Are Pi) and Hans Brouwer (CEO and Founder of international music agency MassiveMusic) who defined music “the soundtrack of our lives”.

Daw talked about UX sound design and how this can help brands strike a chord with their audience. One of his most remarkable statements touched upon audio logos which “have to mean something and can’t just be a brand recogniser.” Well said, Henry. He also added: “ I know it’s thought provoking but, why not, designing silence could also be the answer”.

Daw continued by saying that he envisions a large “sonification” in the near future and, because of that, sounds should be designed holistically. Best way is to think of them as a collection without forgetting that, ultimately, they have to make sense to the users.

Poppy Crum, Chief Scientist at Dolby Labs, took us on a historical journey of music exploration. Together we dove into the neuroscience of sound and had goosebumps when we found out that Led Zeppelin’s songs are all about satanic messages when played backwards.

Actually, it’s one of the tricks that our brain plays on us. Crum explained how our brain works when it comes to immersive multisensory technology and that we often happen to see the world as some sort of illusion. Yet, we don’t experience discontinuity in the music and, despite noises or scratches, we are still able to enjoy it.

Jessica Perri then took the stage to interview Meindert Kennis, CMO of Spinnin’ Records, a Dutch independent record label. “People are emotionally attached to music which is why it works well on social media,” Kennis commented. After all, 17 million people – the number of subscribers on their YouTube channel, can’t be wrong.

The Q&A panel focused on technology and the (de)centralisation of music. “Within 10 years we won’t be able to tell the difference between a robot and a human being producing a track,” he highlighted. I swear that was the moment when we all looked at each other, stuck in that limbo of fear and excitement.

With Molly Neuman, Head of Music at Kickstarter, we went back in time. Neuman spoke about her early music career with punk riot band Bratmobile. Stressing how much it costs nowadays to break an artist into a major market ($2m), she talked us through each stage of music promotion.

She elaborated on the endless possibilities that a crowdfunding platform like Kickstarter is able to offer by giving examples of artists who reinvented themselves and the way they created and distributed their music. Amanda Palmer is one of the many: by raising $1.2m (!) and releasing her album via Kickstarter she set the foundation for her music career. 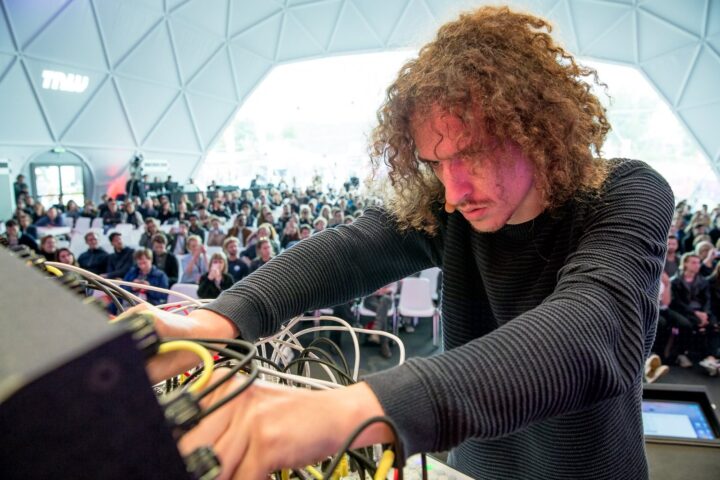 Last but definitely not least, Mr. Colin Benders, an incredible Dutch musician, composer and producer, talked about his life’s work with the modular analog synthesiser, taking us by hand to the intersection of music and tech.

“Improvise like crazy. Play as you feel. Maybe I’ll never write a song again. Ok, I’m talking way too much. I think I’ll just play?” That’s when he began jamming in a room full of inspired people which eventually gained him a standing ovation.

It made sense that the Music Summit ended with.. music. Not only it’s key to brand consistency – it is crucial for brands who are trying to cut through the noise emotionally. It also reminded us that there is nothing more regenerating and complementary than music, essential and present when it comes to connecting and aligning our inner and outer worlds. We need to acknowledge that by giving it the power to unite us. Now more than ever.