Premier League: How a Unique Partnership Led to Sonic Success

Premier League: How a Unique Partnership Led to Sonic Success 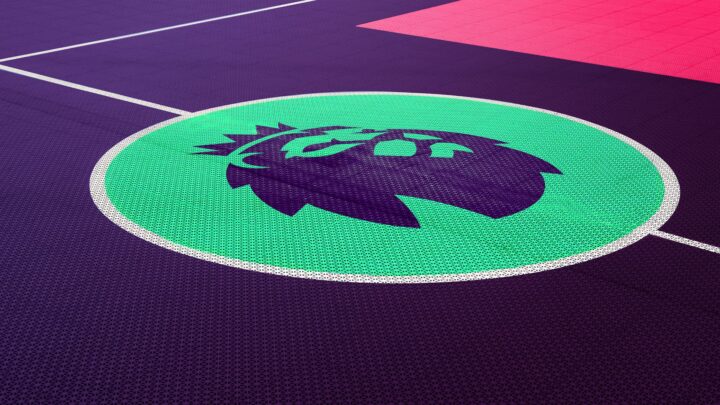 As the Premier League 2016-2017 nears its end (hopefully with a Chelsea title win to boot), it’s worth remembering that the world’s biggest footballing franchise looked and sounded a whole lot different this time last year.

Then known as the Barclays Premier League, the organisation underwent a complete rebrand, dropping the corporate sponsor from its name and revamping its visual and audio identity (as reported here). The revamp job landed in the hands of design agency DixonBaxi, who, after successful collaborations in the past, enlisted MassiveMusic to work its magic on the audio side of things.

But whereas the music aspect of a rebrand such as this would usually be pitched out to numerous companies with one of them eventually winning the job, DixonBaxi’s long history with MassiveMusic – from working on branding projects for the likes of UKTV and Eurosport – had built up enough trust for them to bring the music agency on board as partners on the job. What’s more, according to MassiveMusic London managing director Paul Reynolds, this type of working structure was also befitting of the campaign itself.

“The sentiment that underpins everything the Premier League now stands for is ‘we all make it’; the feeling that fans, the programme seller, the locker room staff, even the players, all make the game. And this sentiment was taken to heart by all those involved in the work,” he says.

There was also the matter of an already complex structure that needn’t have been any more so – DixonBaxi were working for Premier League Productions, which in turn led them to work for the Premier League. In addition, there was also the involvement of the league’s lead ad agency RKCR/Y&R and Design Studio, the initial creators of the new visual brand. “So it made sense to eliminate another set of variables, and for DixonBaxi to partner up with us and eliminate the need for that standard pitch process,” adds Paul.

And the results have paid off. The sonic identity is, in the words of Paul, “a bit of a banger”, and MassiveMusic’s work for the Premier League recently bagged them a gold for Best Use of Audio Branding at the Transform Europe Awards and the Creativepool People’s Choice award for best music.

“This pathway led us to a sonic identity that means something to the brand,” says Paul. “Something that, like the visual identity, breaks the mould and stands proudly in its own space. Something that can be used for years to come. We removed the pesky subjective opinion and enjoyed the ride to the end goal (excuse the pun).”

So how did they get there? The MassiveMusic team dove straight into the brief given to DixonBaxi, like a plucky young centre back haranguing an ageing forward. Armed with the appropriate info (of which you can find more about here), they were able to develop sonic mood boards to reflect each brand territories, using keywords found during research – a process that Paul believes was pivotal to pushing through the right sound.

“It helped us all arrive at the final brief. In fact, this was actually a sneaky re-brief as we’d actually got all stakeholders to undeniably agree that what we were about to go and write was exactly what the new sound of the Premier League needed to be. So when we produced initial options, nobody was surprised. The music was bang on brief, and the brief was bang on brand. How could we go wrong? We developed the ideas with full involvement of the key parties and settled on a final theme.”

Importantly, the MassiveMusic team didn’t score to a film – they were scoring for a brand so they wrote a brand theme, one that’s highly flexible and adaptable across numerous mediums and channels. “I bloody hate bing-bong logos,” adds Paul. “They don’t mean anything unless they are played hundreds of thousands of times, driving everyone batshit crazy. They also often get dumped after a while because they sound just like everyone else.”

So instead they aimed for something a little deeper, with more meaning. “We wanted to create a brand spirit, not a corporate shackle, so a longer piece of music was the right thing to do to convey this spirit in a way that could be understood by the brand and its fans.”

When prompted about the possibility of pushing through MassiveMusic’s whole vision without this unique structure in place, Paul is under no illusions about the opportunities it served. “A CEO would have said yes [to a proposed sonic identity] at some point, but backed up by the solid partnership process, the subjectivity was pretty much eliminated. The final theme was chosen because it was the best fit.”

So what can brands and agencies alike learn from this story? For Paul, it’s as simple as portraying something meaningful or coming across as a total bing-bong.

“Sound is a hugely valuable piece of brand equity. If your sound means something to you, and you use it consistently, you will cut through the noise and you’ll be recognised. If your sound is also made with good craft, then you’ll also be more than just a bloody bing-bong.”

Back of the net.