On Holograms, Nostalgia and Frank Zappa

On Holograms, Nostalgia and Frank Zappa 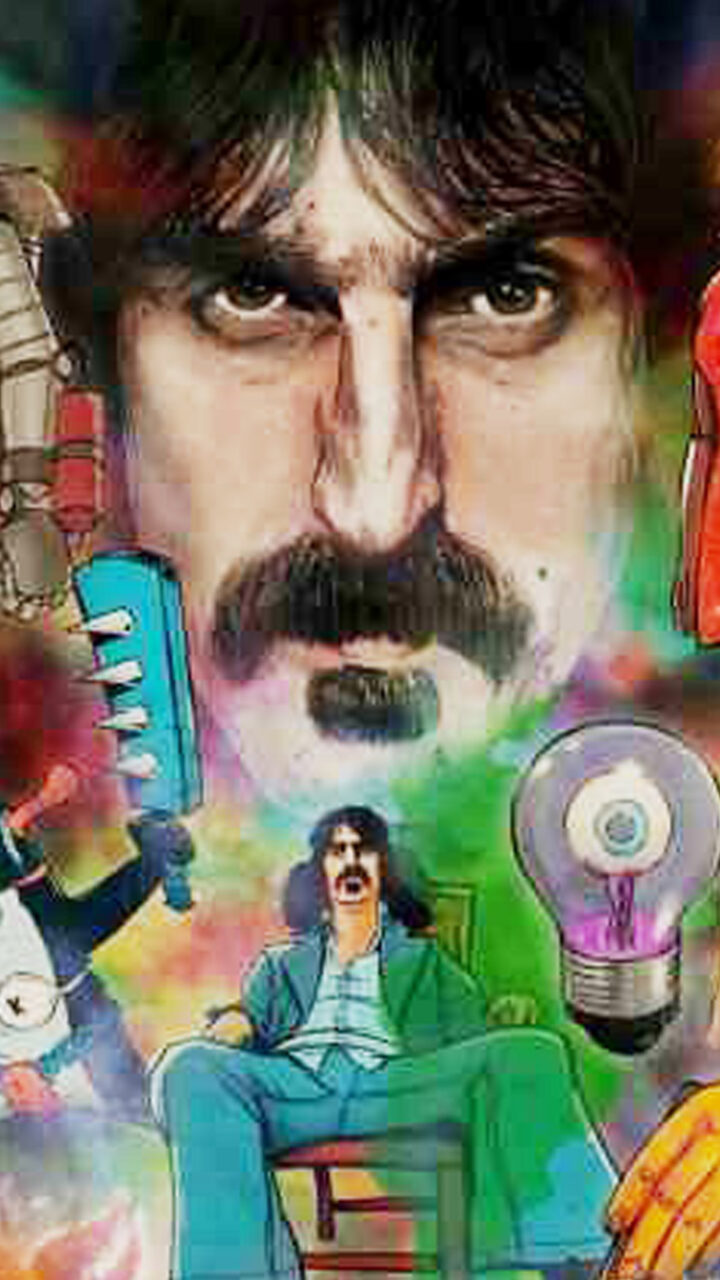 You know how you always remember your first love, your first job, your first kiss? Well, now I can add something new to my list of firsts.

I can already picture myself telling bedtime stories to my grandchildren, something along the lines of: “It was back in 2019 when I saw my first hologram.”

I know, I know. It’s a 50/50 thing: half of the population of Planet Earth thinks holograms are a morbid way to get money out of the legacy of deceased singers, whereas the other half thinks they’re fuc*ing awesome and entertaining.

I admit I am conflicted, yet I tend to agree more with the latter. Maybe because of my untameable curiosity, I find myself intrigued by uncharted territory. And I mean, I was 6 years old when the world lost Frank Zappa. I was learning how to write and paint and sing and how to let my imagination run wild with books and movies.

I would have never been able to experience him in such a visceral way if it wasn’t for this tour. And that alone blew my head off.

What's the fuss about holograms?

According to LiveScience.com, a hologram is a photographic technique that records the light scattered from an object, and then presents it in a way that appears three-dimensional.

One of the first #itstrendingonTwitter times we heard about holograms was back in 2012 at Coachella. Tupac appeared on stage together with Snoop Dogg and the whole crowd went nuts, with many of them bursting into tears.

Shortly after that, Roy Orbison and Michael Jackson virtual recreations made their appearance on stages around the world. Amy Winehouse will also get a hologram later this year.

Sure, it’s not the same. Sure, it’s a small consolation. But if this is one of our chances to keep the music alive, why not digging a bit more into that?

For instance, it could be smart to use holograms for features during live performances. If Macklemore wants to perform his song Kevin during his worldwide tour, why not having a hologram of Leon Bridges appearing during the chorus?

Is this the future of concerts? Who knows. The one thing we know is that it’s gaining more and more traction nowadays.

Before I start reminiscing about my first hologram experience, I’m quite sure the majority of you knows who Mr. Zappa was.

You either listened to his music before or saw that infamous picture where he’s sitting on the toilet, or recognise him thanks to his peculiar face and big nose. What? Never heard of him before? Well, your secret is safe with me but you got some homework to do.

Don’t get me wrong: it’s not necessarily because of the music he made – although I think it’s brilliant. That topic alone could take a good 10 years as there are 112 official Frank Zappa albums out there in the stratosphere, with more than 60 being released during his lifetime. Yes, you read that right.

I’m talking more about the man himself. He was really one of a kind. And I’m not saying it just for the sake of saying it. I mean, his name was Frank for a reason.

He was brutally honest with regards to the world around him – whether it was the music industry or the political situation in the US (I would pay to know the exact words he would use to describe you know who).

He got to decorate his time on earth as one of the most cynical human beings ever, a real satirist. Not the complaining kind, but more the I’m-here-to-debunk-the-myth-and-I-have-proof type.

The Bizarre World of Frank Zappa

“I’m your resident buffoon and my name is Frank.”

I attended The Bizarre World of Frank Zappa in Amsterdam and what a surreal experience it was. The embodiment of an augmented gig.

It took me some time to adjust to the not-so-impressive acoustics in the room – something he would have never overseen.

BUT! The graphics. The band. The concept. Everything was very well thought out and perfectly intertwined. I felt as if the 2-hour journey I embarked on was not enough: I found myself craving for more.

The technology was developed by Eyellusion: Frank’s youngest son Ahmet Zappa is their Chief Creative Officer. The hologram made only a few appearances here and there, but I think that’s why I really appreciated it. It was quite set back on a screen, it was not screaming Hey look at me, I’m so freaking cool, but more part of a bigger picture. The recording for the hologram was taken from footage of a performance Zappa had at his Los Angeles rehearsal space back in 1974.

Showered with guitar solos and incredibly difficult patterns, my excitement reached the highest ground when I saw one of the musicians playing a double solo, one hand on the keyboard and the other one on the guitar.

The jaw-dropping graphics – which give a hint into Frank’s wild imagination, were an integral part of the show, and so different from each other depending on the topic of the song.

In Trouble Every Day, for instance, Frank and the band were accompanied by newspaper headlines and animation depicting mass shootings and police brutality.

But the vibe was completely different in Dinah-Moe Humm – probably my favourite moment of the whole night, where a disco-version of Zappa sang and dance better than Tony Manero on a Saturday night.

We can’t be 100% sure but, after reading his book and watching countless interviews including his documentary Eat That Question, I think he would have enjoyed his own show. In The Real Frank Zappa Book, he wrote about setting up Intercontinental Absurdities, something very similar to a touring hologram.

Ahmet Zappa comments: “My personal interest in holography started early on, through conversations I had with my father. He wanted to start this kind of business. You know, he was also a filmmaker, a storyteller, and a lot of his songs are so funny, or have these stories inside them, and I wanted to bring them to life.”

I love him for all these reasons combined – and beyond.

This guy was (and will forever be) music. He would work 16 hours a day, either by himself or with his band The Mothers of Invention, just to compose and produce unconventional songs. Not for the sake of being different, but to express his truest self whilst fighting the system, rules and clichés we are all accustomed to.

As one of his musicians said, if you don’t know him yet, just pick one of his albums and start listening to it. It’s not an easy task and it’s not for everyone but if you find something that speaks to your soul, he will be a friend for life.

Frank is our conscience, the unfiltered version of ourselves, our inner child, the unfuckwithable outer self we wish we were more often. He’s the mother of invention. The ultimate free soul.

As for holograms? Time will tell. It’s made of futuristic technology and nostalgia for the past, coming together as a reminder for ourselves. To live in the present moment and embrace it while it lasts.

Or maybe it’s our pretentious way (with good intentions) to cope with the most elusive thing in the world: TIME. To preserve it as much as possible and feel illusorily immortal. Just for a little bit.

SPECIAL THANKS TO
Auke Riemersma, who introduced me to Francis Vincent Zappa.