An Interview with Thomas Nuijten

An Interview with Thomas Nuijten 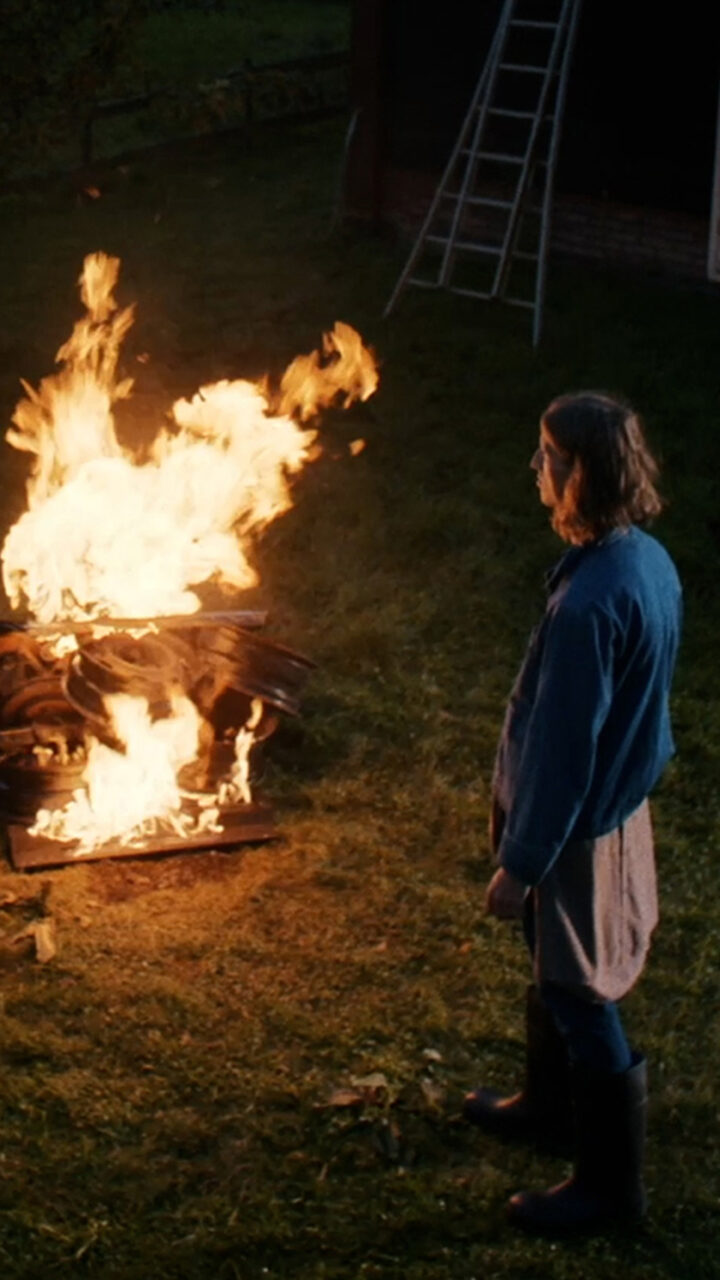 Amsterdam-based filmmaker Thomas Nuijten graduated in film at the Royal Academy of Arts in Ghent, Belgium. Proudly supported by Mr.Frank, over the years Thomas has developed an elegant visual language, appealing to the emotional and intellectual registers of the viewer.

The latest? It’s called ‘Hanging Around Isn’t Going To Make Anything Happen’ – a short film with a long title for which MassiveMusic carefully crafted the whole soundtrack and SFX mix. The purpose of the music, heavily inspired by the sounds you hear in the scene, is to convey the message even more compellingly.

We virtually sat down with Thomas to talk about it. Fancy a read? Look no further.

How would you describe yourself to someone who has never met you before?

Have you always wanted to become a director?

When I was 10 or so, I would cycle home from school and come past apartment buildings in the suburbs. I remember having an immense curiosity when it came to other people’s lives. I would make up stories of who lived there and what their lives looked like based on what I could see through their windows. Around the age of 15, I found out it was possible to combine this curiosity with my love for film.

Let’s talk about your latest work. How do you like to define it?

A crossover between a short fiction, art film, essayistic film and fashion film.

‘Hanging Around Isn’t Going To Make Anything Happen’. A long title.

It’s a quote from the 70s. We stumbled upon it while watching a movie. Together with Kasper Fjederholt, who has been part of the creative concept since the beginning, we wanted a title that felt like a statement. It had to sound like a warning or a reproach. It also had to refer to the current speed of information our society tries to feed us with.

Did you already have the perfect soundtrack in mind when you started working on it?

We knew the soundtrack was going to play a big part in the final work. There was a direction in terms of the texture of the sound, part of which was to have the soundtrack grow organically. We wanted to build up the soundtrack from existing sounds that we’d record in our shooting locations. We had an idea of what to expect but were also keen and open to finding new sounds and motifs.

What I really liked about our collaboration is that MassiveMusic elevated the message of the film through the power of music – you crafted an auditive world that reflected the imagery while creating a sense of wholeness, a work where all pieces fall into place. Job Poels, Senior Music Producer at MassiveMusic, helped us find the right touch to bring the message across and push it to the next level. Looking at the final result, I can say that the soundtrack has become an indispensable part of the film.

What emotion is the most prevalent?

The most prevalent emotions are denial and loneliness, a strong sense of hopeless desperation portrayed in the characters. Do they find themselves in those environments? Or is it a necessity to be there? For me, they didn’t necessarily put themselves there. Yet, they did let themselves get there.

Why did you decide to not have any dialogue or words whatsoever?

It came from the idea that these emotions are hard to put into words. Oftentimes, we can’t even describe them ourselves. Dialogue might have been disruptive from the experience we wanted to create with this film; we didn’t want to create unnecessary complexity nor become too explicit. It is also much more about what the main characters are going through themselves than about them communicating it to someone else. They are connected in a sort of shared experience.

Is there a reason behind all these cinematic elements? I am thinking of the heat sensor, the helicopter cam, the black & white scenes, the mixture of slow and fast scenes.

Definitely. I wanted to recreate the intensity of the stream of fragmented information that we experience on a daily basis. A few of them are also used to refer to the way we try to get a sense of control of reality through scientific research.

The black & white scenes in the theatre refer to the roles we play in life. The actress on stage is struggling with the way she should present herself to the outer world, seemingly being stuck in predetermined ideas. Also the scene with the woman texting in the car while cars are being dismissed in the background – I asked myself: how beautiful would it be if we could find the time and space to stand still and pay really attention to ourselves and the world around us?

The symbolism in the movie is something that really stands out.

The film is filled with symbolism and references. I always like to look at a shot or scene as a page in a book. While reading a page, you’ll find yourself constantly referring to the outer world, be it intentional references by the writer or connections you make yourself.

This is also why I chose openness in the narrative: to create space for the viewer to connect in their own way, and create – like in daily life with the fragmented stream of information – their own story out of it. You see what you see and that might be something completely different from what the person sitting next to you might see.

The scene on the train could be the epitome of it all – which is why the film starts and ends with it. The constant, almost unstoppable forward movement of the train can be seen as time passing by as well as the inner movement of the character.

Do you think anyone ever receives true release in life?

I definitely think that people can experience moments of release, but it is never a lasting state. The same goes for happiness: people can experience it every now and then. But it’s the combination of quality, quantity and density of these moments that defines, over time, where you are on the happiness scale. To go back to your question, I think that part of what let go of will always stay there somehow, even if it’s just a faint memory.

If there was a trailer that talked about your life, what soundtrack would you choose?

Tough question. The first thing that pops to mind is a combination between Britney Spears and The Strokes but then done by Burial. Or MassiveMusic.