An Interview with Matthijs van Heijningen

An Interview with Matthijs van Heijningen 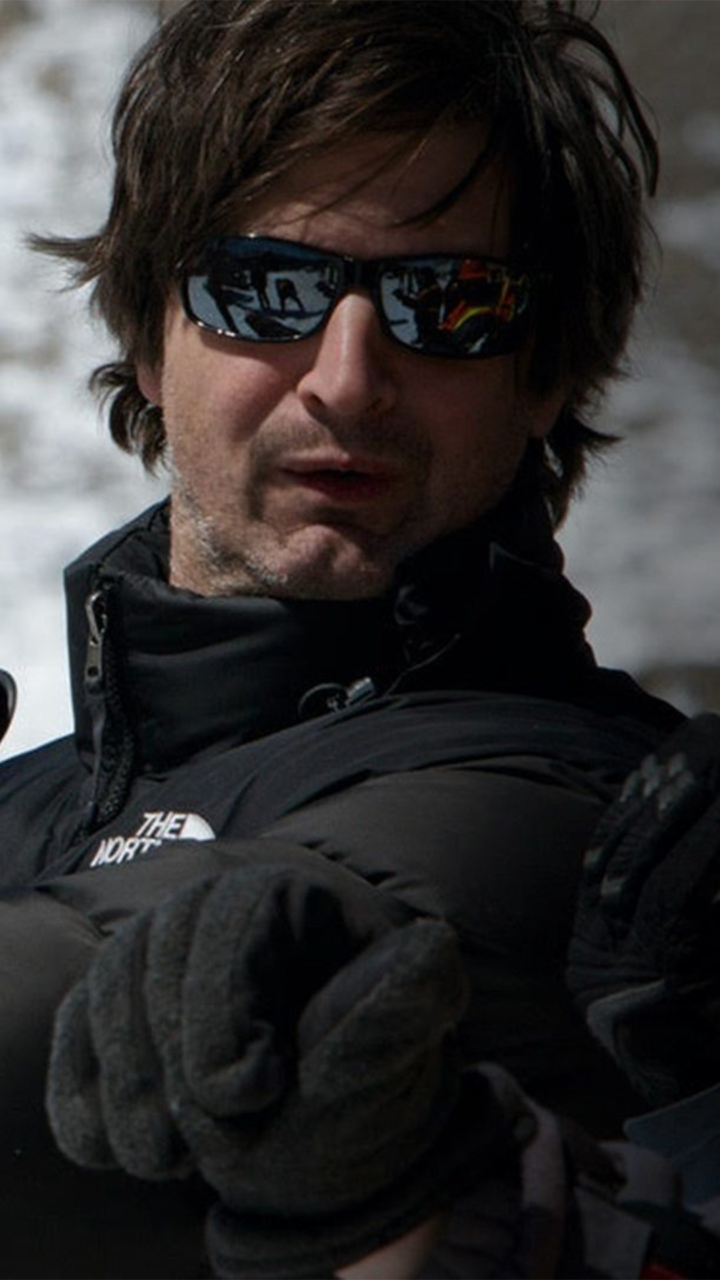 Bonkers’ co-founder and award-winning director Matthijs van Heijningen jr. began directing at an early age. Before making his film directing debut with ‘Red Rain’ in 1996, he already directed commercials for big names such as Bud Light, Pepsi and Toyota amongst others. In 2011 he’s the one behind the camera for ‘The Thing’, a prequel to John Carpenter’s The Thing.

Tuesday right after lunch: that’s when Matthijs makes his entrance. He has one of those friendly faces, accompanied by a calming presence. We sit down for our chat. He listens carefully, tilting his head to the side and laughing at my jokes – apparently they’re not that bad. You perceive the passion he has for the moving picture. You sense he has the utmost respect for it.

We had him over for our Music x Film Craft event in collaboration with ADCN: you can find our podcast recording at the bottom of this interview. It’s just that with some people one conversation is not enough. That’s why we went for round #2.

How would Matthijs van Heijningen jr. describe Matthijs to someone who has never met Matthijs?

Sort of shy, quite introverted yet friendly. I like to observe, just to understand the situation. It’s so hard to imagine everything upfront. I mean, when you’re on set you do have to have a plan. Still, I completely embrace improvisation – that’s probably my best asset. I compare it to cooking. You know what you want to cook, you have all the ingredients at your disposal but, somehow, the outcome turns out to be a bit sweeter or saltier than expected. We can’t be 100% in control of our own creativity. It’s so fleeting.

When we had you over at the ADCN event, there were two things you said that struck a chord with me.

The first one was: ‘Inspiration? What is inspiration in the end?’ I am aware it’s an overused term but, especially when you’re feeling stuck, is there anything that inspires you and sparks your imagination?

Humour. It could be anything – from sitting on the toilet to watching a movie. You just have to dig a bit deeper and be detached at the same time. Easier said than done but that’s when our subconscious speaks.

The second thing you said which I thought was peculiar was: ‘Music is not something relevant to me in the beginning’.

True that but simply because at that moment I don’t know what my work tastes like. Editing usually dictates the musical direction: that’s when music and story influence each other. We cut it, we adapt it and all of a sudden it all makes sense.

How do you know when a song fits the picture?

You just feel it. Whether it’s really out there or in the background, it has to enhance your emotional state.

And apart from your professional life, what is your relationship with music in general?

I think I have a funny relationship with music. Maybe it’s because of my torturous two years of cello playing when I was 10. I love listening to the sounds around me – birds, bikes, people chatting. I enjoy the sound of water. It’s still music to me. Classical music and jazz are my cup of tea, I would say.

Now I know where your love for improvisation comes from. How do you prepare for a project?

I have a trick for this. I prepare a lot: storyboard, script, anything you can think of. Then, one day before the actual shooting, I just stare at a blank TV screen.

Trying to envision and project what you have in mind?

Exactly. It’s very confronting. Shocking sometimes. But that level of honesty is good. If something is missing I have a very limited amount of time to figure it out.

But since you’re open to surprises..

What is more important: the details or the bigger picture?

They’re both important but the bigger picture is the leader as it determines the details. Most of the times, the details come through, guess what, improvisation.

Take the bear in the Canal Plus commercial for example: we personified him but thought to give him fish instead of coffee even when he’s at the office with his feet on the table. My favourite moment is when the girl comes in with a tray and she immediately goes back when she realises there’s some tension in the air.

You’re the son of a legendary film producer which is amazing but I guess also challenging. I read you initially tried to avoid the film industry and studied Dutch law instead. How was it for you to be raised on film sets? Would you still do it if you could go back?

When I was very young, my father was in this Dutch TV program and I would see him there, doing his thing. I started realising how easily you could move people if you do your job well. It was fascinating.

I remember I thought: ‘This is what I want to do, one day’ – but it was too close to home, that’s why I wanted to explore something else. It didn’t last long.

You have a very story- and character-driven approach. What’s the main difference you experience when directing a commercial compared to a film?

With commercials, it might look like it’s difficult to tell a story in such a limited amount of time but to me it’s not. You have to be succinct, straight to the point. It might be easier for the audience too – especially now, considering the current attention span. Plus, they tell you: ‘We’re selling this’. You get your creative juices flowing, yet you still have to stick to someone else’s product, service, vision. Sometimes it’s a good thing. Don’t get me wrong: I know I’m going to do a feature movie again. I need to wear my author hat every now and then.

Do you create with the intent to send a message?

It depends. If the project allows it why not? Take the ostrich in the Samsung commercial, for instance. It had to be goofy in order to show you can do incredible things if you really want to. Because it believes in it, it can pull it off. That was the whole purpose: you can be an outcast, but if you persist, you make it happen.

(Video below: Samsung’s ‘Ostrich’ directed by Matthijs van Heijningen jr.
⏯ Listen to the podcast at the bottom of this article to hear the full story)

True story. It later became Bonkers United. I founded it together with Saskia Kok and stayed there until 2005. I’m still part of it in a way.

Then, in 2006, you moved to Los Angeles. If you have to compare it to Amsterdam, how different is their perception of art?

It’s a hub of creative people which is great. Thing is, everybody is busy with their own ambitions so there’s a lot of competition. If you’re lucky, you might end up being the flavour of the month. It was a good, challenging experience though.

Going back to the musical side, amongst your commercials, is there any where the music played a massive role?

Definitely The Sculptor for Peugeot. I found an amateur’s mix with that Queen-Bowie-Jackson vibe. The chorus of Under Pressure and the bass line of Billie Jean. It was exactly what I was looking for. That really embodies what music can do and how perfectly it can fit the picture.

Let’s talk about The Thing. Music plays such a big role for horror movies too.

Definitely. The music is from Marco Beltrami who also worked on Scream, Resident Evil and The Hurt Locker. Great guy. I had a meeting with him while we were filming and I instantly liked him because he wasn’t the obvious horror composer.

When we started working together, we decided to create a specific mood which, in my opinion, worked really well. The music had to evoke the distrust between the characters, that sense of paranoia.

You won so many awards, including Cannes, D&AD, Eurobest. What does it mean to you? Does it push you to do better?

I think it’s great when you win one that rewards craft. I won a Grand Prix Craft award for.. what was it again?

The Bear for Canal Plus?

Correct. I appreciate it because it’s really about how it’s made. You know, on average you make 7 commercials a year, maybe 3 out of 7 could be seen as experiments, but that one.. I think I can watch it over and over again. It’s indeed like a piece of music where everything fits. I have to admit I am really proud of it.

Yet humble since you didn’t remember if you won an award for it or not. If you could go back in time and be on the set of one iconic movie, what would you choose?

It’s probably going to be The Godfather. I don’t know why. I think I would be curious to see all these actors together, chilling on set and boom, snapping into their roles.

You know, for each scene maybe you have 10 different shots. Once I had this crazy idea where I thought.. Imagine if you re-cut the whole thing using the second best take of every shot. It would be quite strange to watch.

It would be like.. you know the movie, yet there’s something that looks slightly different but you, as the audience, can’t really understand what.

And let’s not forget, you find much more improvisation in the second best.