The Massacre of Kingdom: Behind the Sound

The Massacre of Kingdom: Behind the Sound 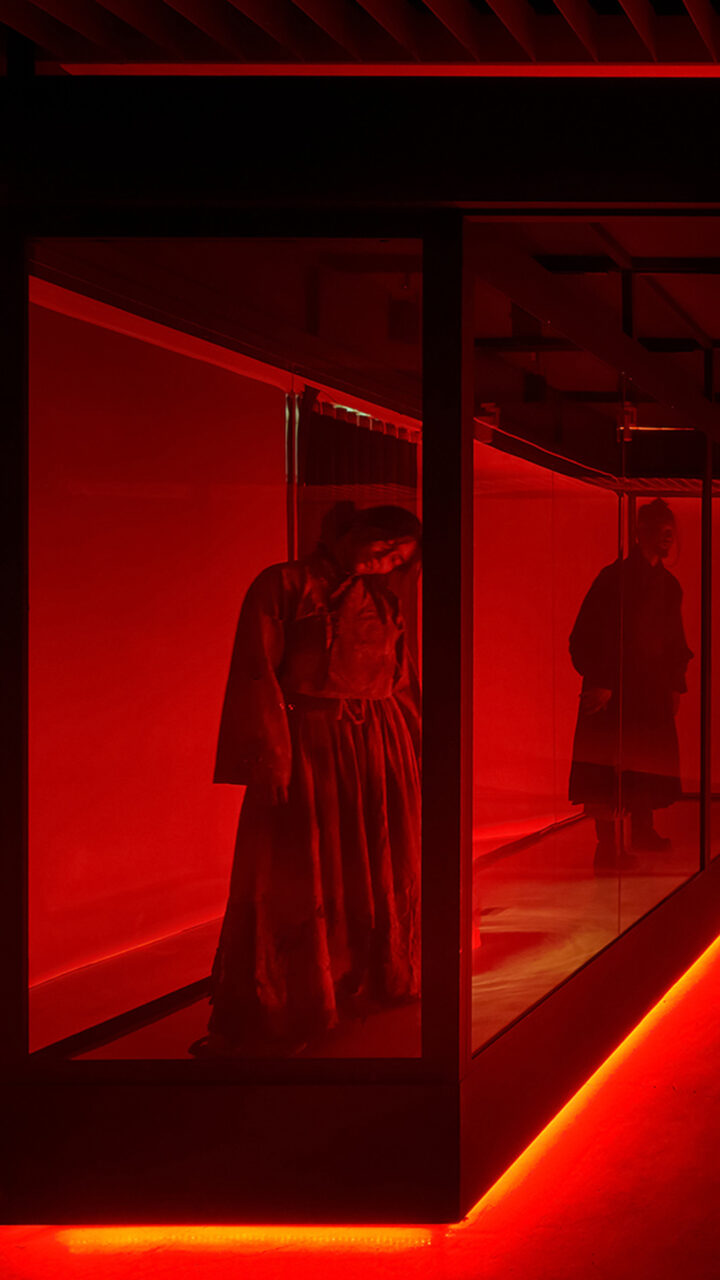 Have you ever tried watching a zombie or horror movie without sound?

Spoiler alert: it’s boring. With the tension being completely removed, it shows how important sound is for this kind of movie – and movies in general.

Take Kingdom for example, the very first Korean zombie historical drama fully produced by Netflix at a massive production cost of 20 billion won. It definitely wouldn’t be the same without sound.

The Netflix original drama features a splendid cast and an all-new setting of ‘Western-born’ zombies in the Joseon Dynasty, with its Season 2 making a splash around the world.

We at MassiveMusic Tokyo were in charge of the music and sound effects for the ‘The Massacre of Kingdom’ exhibition mockumentary, an exhibition that took place in a premium art gallery in the heart of Seoul.

The mockumentary depicts the eerie exhibition, including a spine-chilling zombie performance that will make you shudder.

Sound brings images (and the undead) to life

Although the role of sound in visual expression may vary, it is often treated as a supporting role, with music not being part of the central message but rather belonging to the backdrop in a way that we’re not always aware of.

We process it but not with the intention of processing it. That’s why it often slips under the radar. The music that plays in the background is not something you actively focus on – yet, it still has a big impact on your subconscious.

Even if we have to deal with so many stimuli all the time, the musical ones still influence us triggering an emotional response.

Sound effects and music can play various roles: they can emphasise a scene, express the feelings of characters, or convey the mood of a scene.

But that doesn’t mean you can just combine them with the visuals any way you want. The right combination with sound can make a movie more memorable, but the wrong combination can ruin the vision and purpose of the movie itself.

How can you tell a story thorugh music?

The moods and emotions created by music can be used to tell the story of a character’s emotions and the circumstances of a scene. In a car chase of an action movie, for instance, fast-paced music is used to build excitement. On the other hand, a slower tempo is effective in setting the flow of the drama, whereas moody music could be a perfect fit for (yes, you guessed it) romantic movies.

In horror movies, the synchronisation of images with dynamic sound effects and spooky music effectively increases the sense of looming terror, quickens the heartbeat and manipulates the emotions. We at MassiveMusic understand the role that music plays and have always been passionate about it. That’s why we were thrilled to have the opportunity to partner up with Wieden+Kennedy to create the music for the mockumentary of Kingdom.

Best of both worlds

The musical characteristics of Western and Asian music can be very different.

Netflix dramas that are distributed worldwide must have the quality of their global distribution while still maintaining a unique Asian feel. Our answer to this challenge? A hybrid between Blockbuster and authentic Asian music.

By using traditional Korean instruments such as the Haegeum, Taegeum and Buk and recording them in a variety of special techniques, we were able to create a hybrid sound that is uniquely Asian and yet retains the atmosphere of a blockbuster movie.

The mockumentary starts with quiet silence, and it gradually incorporates plenty of sound effects and musical elements to create a spine-chilling atmosphere – such as the groaning of warriors at war during a scene in which a scientist appears and reflects on history.

The zombie scene generates a cacophony of sound effects, which disrupts the beautiful tonal imagery of the original Haegeum, creating an invisible sense of dread amidst the constant tension of the wavering, emotionally charged music.

“The show gives you the feeling that you are always on the edge. That’s what we needed to translate into music,” says Tamon Fujimi, Director of Creative Development APAC at MassiveMusic Tokyo. “What we have achieved is the dark cinematic sound with Asian traditional instruments infused with the apocalyptic sound design. The ultimate goal? To keep the tension alive throughout the whole mockumentary to give the adrenaline rush you didn’t know you needed.